Gotye - Somebody That I Used To know

HERE IT IS THE FILLING GAP FOR OUR 6TH AND 5TH DEGREE PUPILS : GOTYE "SOMEBODY THAT I USED TO KOW"

Somebody That I Used To Know (feat. Kimbra)

YOU ARE MY SUNSHINE SONG FOR KIDS

HELLO! WE ARE TALKING!

OUR FANTASTIC 2º GRADE PUPILS SHOW US HOW THEY PRATICE CONVERSATIONS

YOU ARE MY SUNSHINE ACAPELLA 2º GRADE PUPILS

HERE IT IS THE 2º GRADE PUPILS' HIT "YOU ARE MY SUNSHINE ACAPELLA"
WE ARE GOING TO SING IT WITH OUR KINDERGARTEN PUPILS...COMING SOON...JIJIJI

HERE IT IS THE FANTASTIC WORK OF OUR PUPILS, FROM KINDERGARTEN TO 6º GRADE, TALKING ABOUT "THE FOREST", ANIMALS, TREES, BUGS ETC...


LOT OF THANKS TO OUR TEACHER ASUN WHO REALICED THS GREAT JOB!

HERE IT IS THE NEW BRAND HIT OF OUR 3º GRADE PUPILS: DANI GRIFFIN'S "TRAVEL WITH US". COME ON! SING WITH US FROM YOUR HOUSES!!! HERE WE HAVE THE LYRICS


Song: "Travel with us" by Dani Griffin

HERE IT IS OUR WORK FOR TODAY WITH OUR 5º & 6º GRADE PUPILS: DAILY ROUTINES VOCABULARY

THIS IS OR FILLING GAP FOR THIS FRIDAY FOUR OUR 4º, 5º AND 6º GRADE PUPILS


In the town where I was born,
Lived a man who sailed to sea,
And he told us of his life,
In the land of submarines,

So we sailed on to the sun,
Till we found the sea green,
And we lived beneath the waves,
In our yellow submarine,

And our friends are all aboard,
Many more of them live next door,
And the band begins to play.

Song: "Nobody is listening" by Dani Griffin

Lyrics:
(CHORUS)
You who talk with your hands Don't you understand? Nobody is listening Right is stronger than might No reason to fight Nobody is listening to you, no! Noone's listening to you, no, no! Two kids, they talk. "Get lost! Shut up!" They hurt with words But that's not enough. They use their hands To show who's tough. They hit, they cry. They hurt, and why? When you start to fight Please stop and ask why.
(CHORUS)
Big Joe thinks he's cool! Because he wins every fight. He thinks being strong is better than being liked. The biggest and strongest So often win the day. It doesn't mean they're right, Just that they got their way.
(CHORUS)
Violence on the TV is fantasy, fantasy. Violence in reality means people cry or bleed. The need to hurt is a sickness. It's a plague, it's a big mess. Don't buy it, don't try it. Black eyes are not prizes. So hey! Use some words, not your hands. Take a stand!
(CHORUS)
Song: "Slide" by Dani Griffin 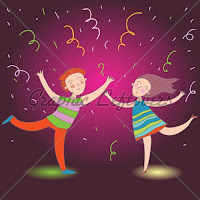 Lyrics: I'm on a plane It's a holiday I'm visiting friends In the USA I'm on a boat Sailing on the sea I'm going to Pisa
In Italy 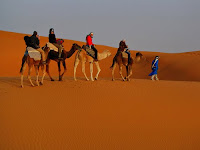 Hassan in Morocco Nicole in the Congo I meet a lot of kids. Africa We look for a leopard We dance in the desert We climb a pyramid Africa

I'm from Chicago And you're from Spain She's from Morocco We're all the same You don't like somebody Because of where the're from You like someone because they're nice And because they're fun.

Song: "A friend" by Dani Griffin 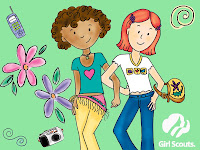 Lyrics: What a day! I had a so-so day, I'm feeling kind of sad. Everything I do comes out wrong. It's Okay Because I have my friends. I always count on them.
My friends will pick me up again. Someone who will always cheer you up, Give so much, That's a friend. Someone you are always glad to see, I call that a friend. a friend! 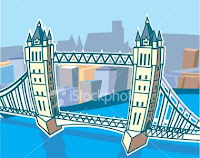 Lyrics:
The Thames is shorter than The Seine.
London Bridge is longer than a plane.
The London Eye is taller than Big Ben
And London is bigger than Berlin.

She's travelling around London town
on the Tube
On a bus.

A black taxi is faster than a man.
A red bus is slower than a van.
This lake is smaller than the sea.
That tower is taller than a tree.

Song: "I ride my bike" by Dani Griffin

DO YOU WANT TO SEE SOME BLOOPERS? WE HAD A REALLY GOOD TIME! VERY FUNNY!

NEXT TUESDAY WE'RE GOING TO SEE DANI GRIFFIN'S CONCERT IN SANTIAGO. OUR 5th AND 6th PRIMARY PUPILS ARE TRYING SOME SONGS...THIS IS OUR FIRST TRY...HOPE YOU HAVE A GOOD TIME...ENJOY IT! 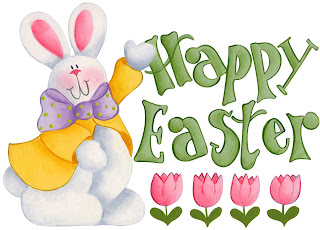 Can Anyone Tell Me Why

Hello! How Are You? Song

Our kindergarten pupils dance and sing the Hello! How Are You?! Song... This is our first try! We are great! Come on! Dance and sing with us!

What Time Is It?